When you here the term Bachelorette Party, what is the first thing that comes to your mind? All the fun you have and the bad handover you get the next day, right? When there’s an open bar at the reception and the party begins and ends with drinks being relatively sober is almost next to impossible. The compromise with the two-and-a-half glasses of champagne at the reception and one shot of whiskey at the after party is not at all possible at bachelorette parties. This is the time when you can have fun by observing human nature at its peak. Given below is a compilation of a semi-sober assessment of the wasted guests you normally see at bachelorette parties. Check it out: 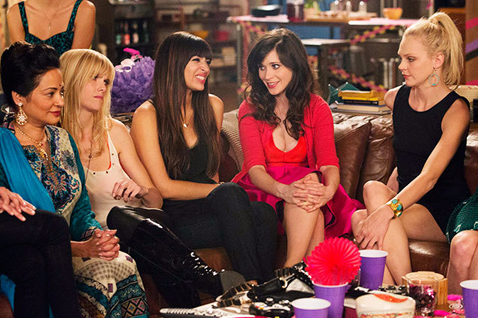 1. There with be a section of people who will keep drinking but will act cool. You will see him throw back at least 9-10 beer bottles, but when you talk to him about physics, he will not utter a single world. He probably doesn’t get hangovers either.

2. There will be this woman who keeps asking people if they’ll make out with her until someone agrees. And eventually one or the other agrees. Her embarrassment level will be seen the next day.

3. Again, the person who doesn’t normally drink and ends up puking outside of reception hall. I am sure someone is not going to make it to the after party.

4. The one determined fellow who keeps on puking and rallying. He will make you wonder how he regains such level of stamina after quick pukes.

6. Another interesting section without shoes to wear at night. He/she will seem perfectly happy to walk barefoot in the snow/rain/on dance floor without even considering the mystery of the lost shoe.

7. The bro who is seen insisting those who aren’t drinking as heavily as him. C’mon! What the hell is your problem dude? Leave them alone.

8. The career drinker who is drunk to the extreme that when they piss themselves, people who know them think they were being tame. Control! You don’t need to go wild. It’s just a party.

9. They most favorite ones are the ones who are happily drunk. They bring harm to none. They only dance or sing on their own. Let them be happy on their own.

10. The one woman who gets drunk and passes out in a corner and misses out on everything and no one cares to wake her up.

11. The section that gets very emotional and starts revealing uncomfortable secrets about themselves. Hang on! Please don’t get too personal.

12. The crier that cries for every single moment. Yes, weddings make everyone emotional. But there is a limit. You are pissing off people.

13. The creepy dude who has been hitting on you all through the party and is found sitting right next to you. He is just drunk and oblivious enough to give another try.

14. The parents gone wild for the night because they are out of tension as they have a baby sitter tonight. They’ll eat and drink everything that is edible and get wasted for the first time in months. They make sure that they get the most out of their one night of relief.