Out of nervousness or when trying to play cool to impress girls, men tend to do stupid silly looking mistakes. Because at that time all freaky things come to your mind and you follow them even without give another thought. I would say, dude come out of your fantasy, you do not look at all impressive that way in front of your lady love. 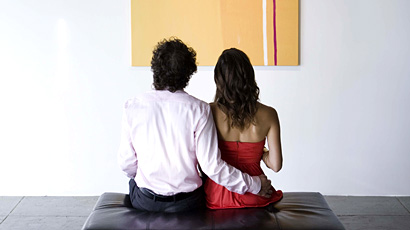 Some of your dumb moves can be a real bummer and move your girl further away. Like, if you try to smoke a cigar which you have never tired, just to impress your girl, stop, you will only appear to be a joke in front of others. Below are some of the stupid thinks men tend to do to impress women. Have a look.

Stupid and Dumb Things Men Do only To Impress Women:

There are many men who try to show-off just to impress a woman and make her come behind him. If the woman is smart, she will know that this is a typical dumb thing a man is doing to impress her.

Most man goes by the myth that showing off will impress his lady love and make her crazy for him. Well, smart women know that it is only a dumb typical move on your part and you are doing it to impress her.

Do not ever try to act over smart in front of women. They rather get pissed off. A blend of wit and humor will do wonders instead. It is always a bad idea to test her patience.

You need not experiment on your dresses if you are uncomfortable wearing it only to impress your girl. Over-dressing can only make you look funny and a laughing stock in front of her friends.

Do not be blinded that your masculinity and ego will impress a girl. Women never like violence and acting all rowdy will only turn her off. Hence, control your ego and do not make a fool out of yourself.

Never act busy if she is starting to show interest in you. Do not stare your phone when she is with you if there are no phone calls coming to attend to. This will only piss her off and you will lose the chance of being with her.

Trying To Do Something That You Can’t

As I have already mentioned if you try to smoke a cigar which you have never tired, just to impress your girl, stop, you will only appear to be a joke in front of others. Picking up a cigarette or alcohol to impress a girl makes you look like a douche instead.

The use of slangs is not a big deal these days. But this statement is valid only if you are with your friends. You have to be well mannered in front of a girl as she might feel embarrassed cause of your slangs. It will be the most stupid thing to do.