Indian weddings are known for their prompt and gander. They have in fact every element of fun added to it. When it comes to the mehndi ceremony, music becomes an indispensible part. Indians have a special night dedicated only to henna, music, singing and dancing. They call it the ‘Mehndi night’. The ceremony acts as a get together of all the family members to fun and frolic. 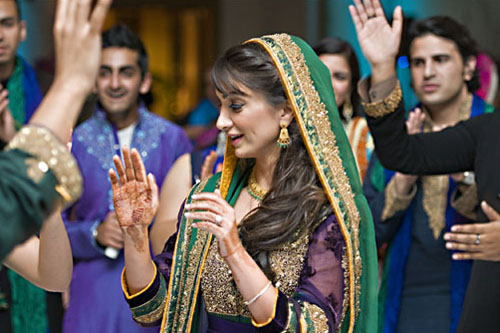 During the function, family members apply henna to bride. A lot of Bollywood movies have been made over the years that include scene related to Henna events. It has also come up with various melodies dedicated specially to this function.

We have complied some of the best selected Mehndi Songs from Bollywood that will make you shake up right! Enjoy !!